Tibet, a mysterious Buddhist Kingdom, once was an isolated plateau region in central Asia, has been an ultimate destination of the travelers from across the world. It is an autonomous region of China. Tibet, also as the roof of the world is bordered with India, Nepal, Bhutan, Burma, and Kashmir. Tibet is diverse and rich in terms of Buddhist art and architecture, culture and the traditions, which are preserved from 14th century.

Take an example of Lasha, the capital city to Tibet, which is located at the high land, nestled with snow-capped mountains all around. Where, you will spot and wonder with the Buddhist monasteries, culture, rituals existed in Tibet. The monasteries and architectures are carved with beautiful arts, which are mesmerized you in a way that you would like to visit time and again. Moreover, you will be amazed while exploring its historic monuments, treeless barren, snow-capped high hills, mountain, and what not. You will have wilderness at every corner and every step you take when you stroll around. And you will have thrill at every moment you spend in Tibet.

Tibet had remained banned to the outsiders up until 1980. Ever since, it was open for outsiders, it became one of the ultimate destinations, as there are a number of picturesque monasteries beautifully carved and built homes, museums which are decorated beautifully and the hills are like a terraced and beautifully carved with the stone, lofty mountains queuing above the valley, whereas the valley is full of numerous of Buddhists monasteries, Chorten, ancient buildings beautifully carved with attractive art and many more. These features are crystal clear why thousands of travelers tend to come here again and again and all these features are explicit enough why Tibet has been an ultimate destination today among the travelers from across the world.

General information about Tibet in brief

Administration: under Chinese rule. Tibet is divided into five-provinces: 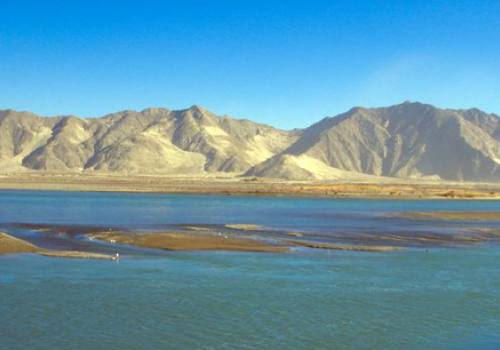